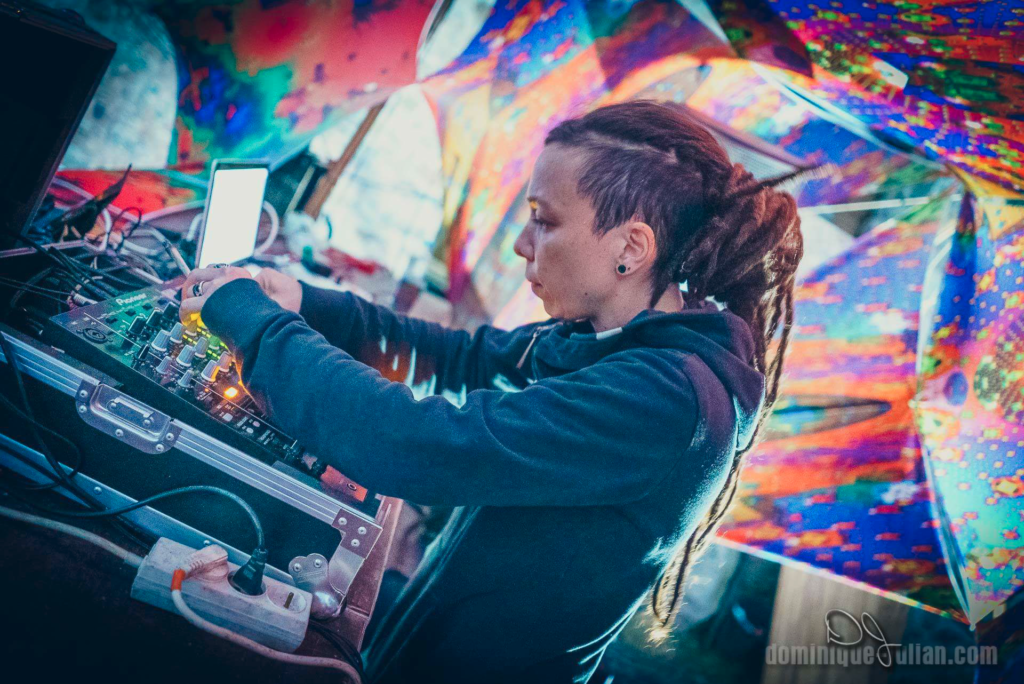 Yara is Savina Scattaglia from Venezuela, based in Barcelona, Spain. She rose to the decks of her country in the late 1990s, where she began rocking small parties with her original compositions performed live with hardware synths together with her ex partner Darkohm. Since March 2007 Savina started her solo project under the name Yara and promises to bring a more mystic flavour to her fullpower dark sounds.

Since 2006 Yara released more than 20 tracks in diferent labels including some collaborations with other artists.
Beside her solo project she is the half of “Yarakaviam” together with her partner Malkaviam, performing in many diferent partys and festivals around the world, in 2017 they released their first album called “Experiment” with Deviant Force Records.