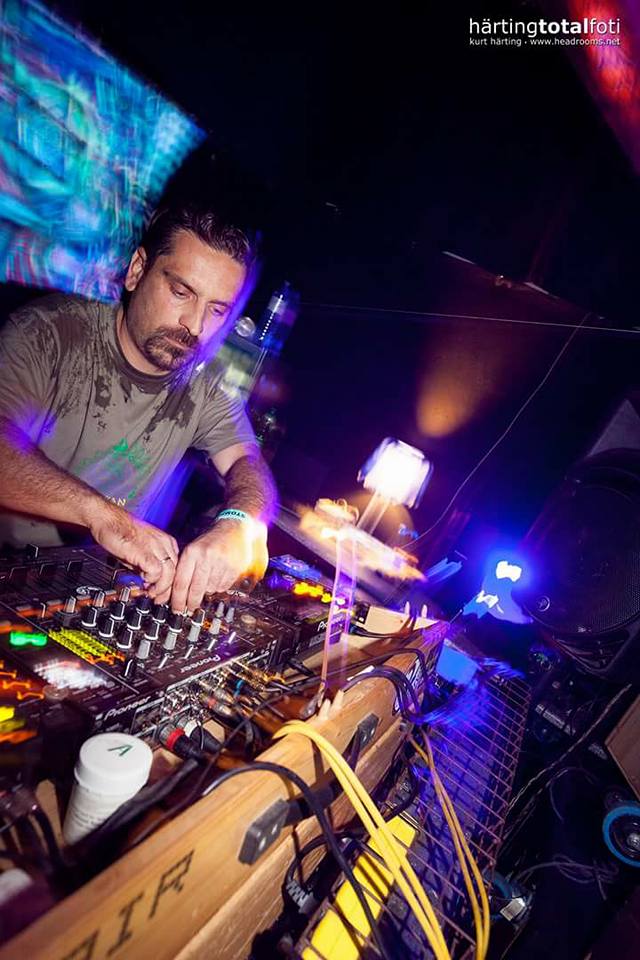 Spagettibrain is an artist in psychedelic music born in Thessaloniki Greece.At the age of 15 he started to play guitar and he took place in a small band as guitarist.
He started to work on cubase in 2004 and his first live set in psyculture festival 2011 just started the engine.First EP – FAKE FUTURE on December of 2011 by Lonelyplanet rec.
He played his music in many events with great artists.
In the beginning of 2013 had a collaboration with ZIK.
The EP SPAGETTI ON ZIK-EATING ALGORITHMS.
A tour by ZIK-WORLD followed in Amsterdam,Hamburg,Berlin and Stuttgart.In 2014 he had his first tour in India.After this he took place as DiscoValley Rec’s artist and at the end of this year he released his 2nd EP with the title GET A LIFE.In the beginning of 2015 makes his second tour in India and he releases his 3rd EP on Discovalley Rec WILL AND TESTAMENT (a true story).He played his music also in Poland, Hungary,Turkey,Russia,Israel and many other countries. At the end of 2017 releases his first solo album with the title PSYCHEDELIC SAUCES joining Banyan Records.