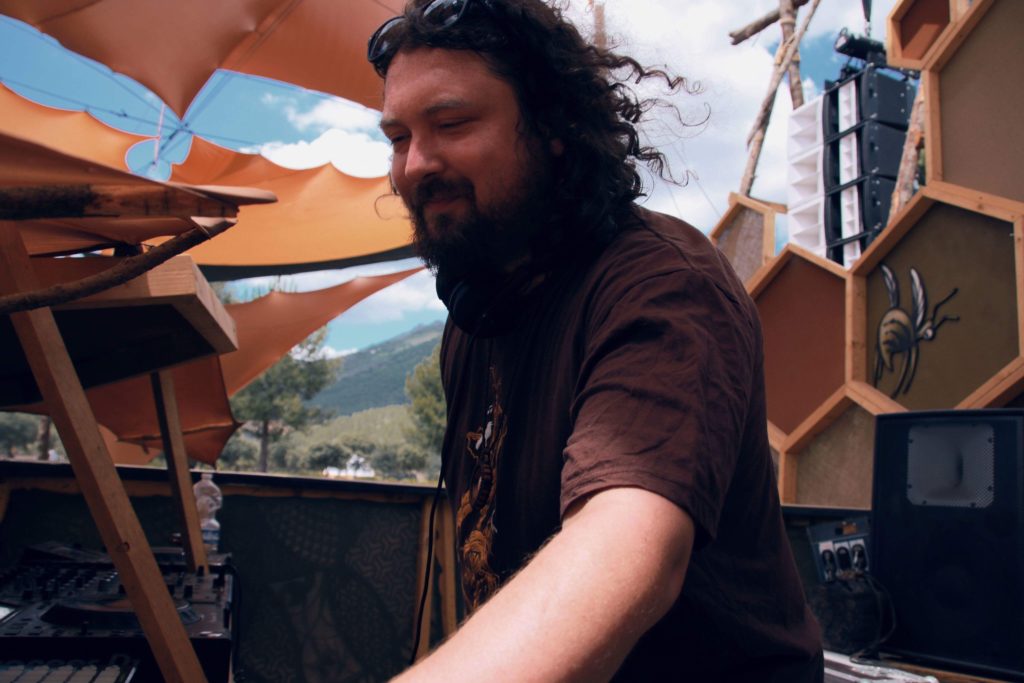 LysergZwerg is the faster forest-psytrance-project from Manu pHaSenVerScHiEbunGeN.
In this project he combines his musical knowledge with his psychedelic trance experience and creates different stories and fairy tales. Deep basslines meet groovy drums, mystic elves, insects and bugs, crawling in the abyss of forests undergrowth.
After school Manu studied piano and music theory at the Folkwang Musikhochschule Essen/Germany. In 2010 he finished his study and moved to Holland and put his focus on electronic music production. At first he started his darkprog-projekt pHaSenVerScHiEbunGeN and released the music on labels such as Glitchy Tonic and Zenon Records.
After Lost Theory Festival in 2013, he decided to turn up the pace and lysergzwerg was born.
His first EP „Good Morning, Forest“ was released on Quantum Digit Records in 2015, followed by his 2nd ep „Law of Attraction“ (Kamakhya Records, India 2017) and is supposed to be played in the morning after an intense night to defragment your soul and hit the reboot-button, to pick up the pieces, to breathe, to smile again and to enjoy the rising sun…