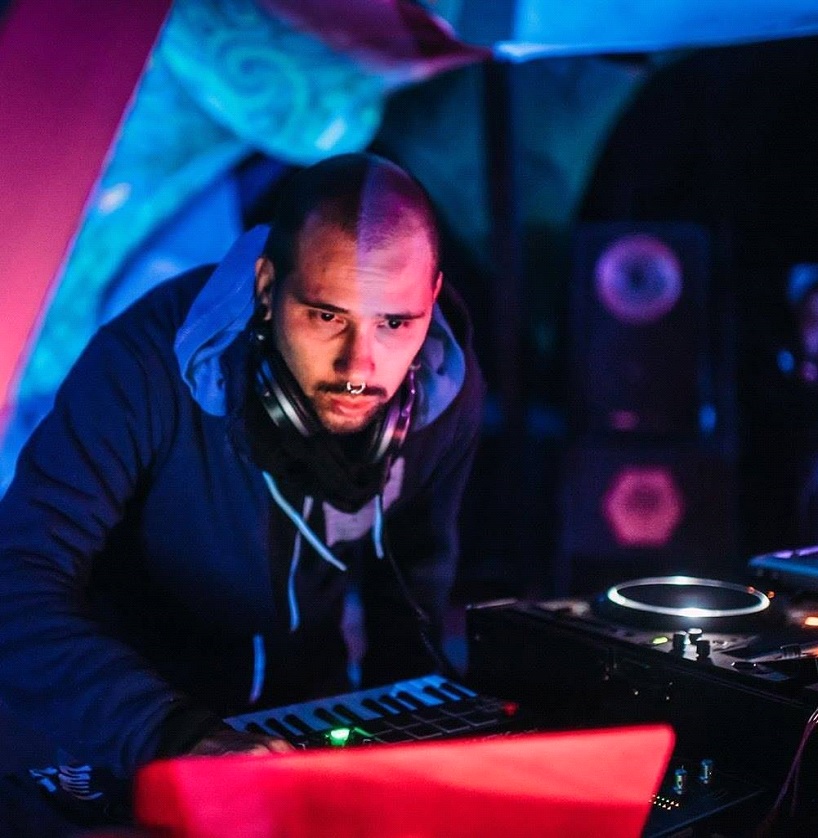 José Montenegro born in Costa Rica, December 1987 .
Has been involved with music since very early in his life started playing guitar and bass with rock bands. In 2007 learned about psytrance music since then it all changed ,started learning more about psytrance playing as DJ Damaru, participating in Costa Rica local scene since 2009.
After spending much time listening , playing and sharing with great artists from around the globe, in 2012 he decided to build his own project called Crooked Mind
A groovy dark trance aimed for energetic dancing and deep meditation , always experimenting with the weirdest combinations trying to accomplish fresh and original sound .Can be described as a merge between forest and darkpsy with his own Costa Rican jungly style
With this project Jose has been performing in important festivals and parties around Central and North America Magik Festival (Guatemala) Ritual (Mexico) Dharma Festival (Mexico) , Star Camp Shasta (California, USA) , Poison Festival (Mexico ) as well as his own mini festival in Costa Rica called Forestdelic Tales
Now preparing his debut EP for Banyan Records and lots of more surprises to come 🙂