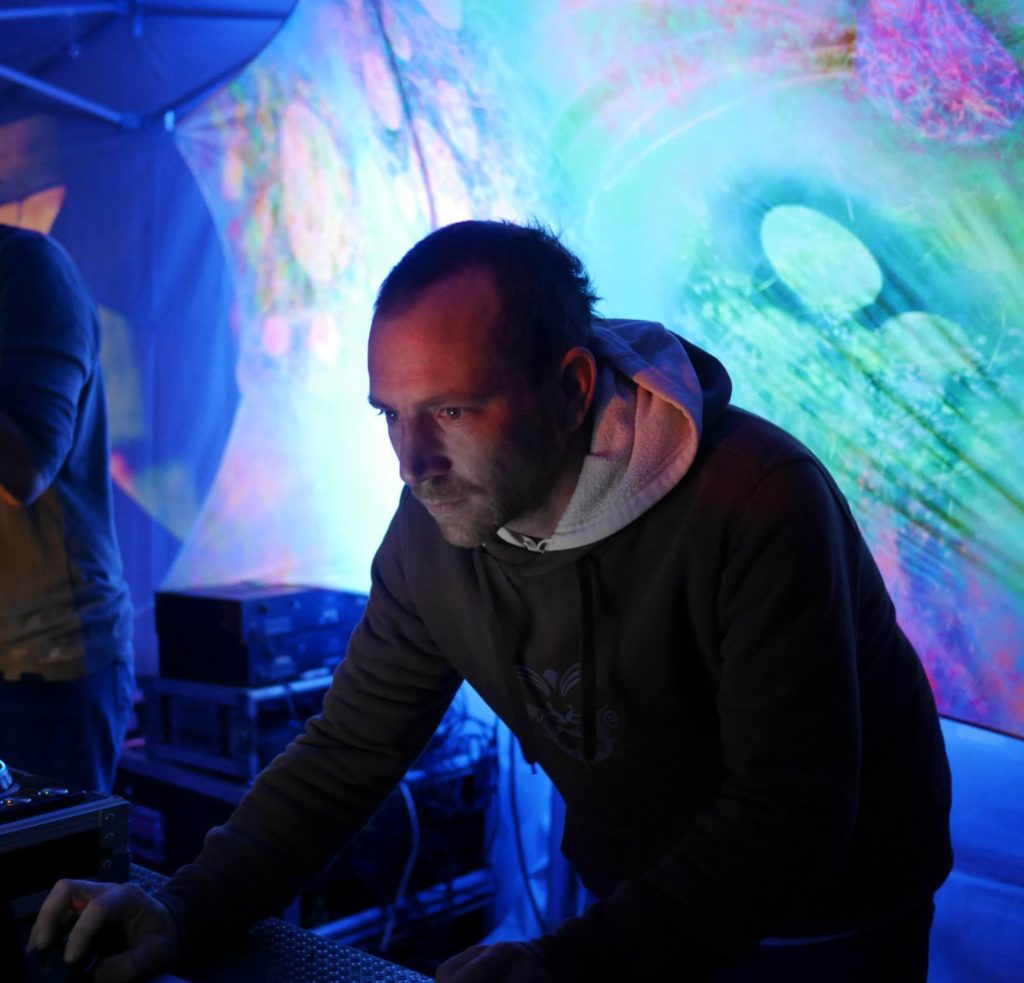 Atomental is a character behind Jean Vouillamoz born in 1982 in Switzerland. This baba discovered his passion for the creation of psychedelic music in 2006. Since then, he is always looking for new sounds and textures in the great world of synthesizers.
This artist has been spotted by many Labels and organisers around the world to whom he has contributed to the success by sharing the high quality of his music. He is very open-minded and far from being untouchable although many freaks place him on a footing that doesn’t interest him and share with you beautiful discussions. His style of music is a well-cleaned signature with everything that the dark-psy forest electronic style should and needs on stage to take you far into trance. His music is hallucinating, tribal and powerful sounds, and fiery percussion. The relationship between signals and mathematics are essential to his style. An engineer in constant training in the field of computer science, he is a confirmed artist-developer with a passion for programming, analog, modular and digital synthesis. His sustained inspiration comes from his experiences both from the point of view of Nature, which he knows and feels very well, it is from this Nature that he has studied at length that his inspiration for the forest and also his pseudonym Dr. Forest came from. And from the mathematical relationships between natural elements and living beings. He is a completely passionate guy when it comes to talking about plants, physics, stars, planet, waves, number theory, music and neurons. and from the mathematical relationships between natural elements and living beings. He is a true scientist in many areas. Also through shamanic journeys, the doors of perception of these relations offer him a beautiful inspiration that he likes to retranscribe in music for the happiness of his informed public. And it is this music that you will have in your ears as soon as you play his tracks. He has released EPs with Biijah record (2012), D.A.R.K records(2012), Discovalley records(2016), an incredible podcast with Another Dimension Music (2020) and many many contributions on VAs around the world. His notoriety is not to be proven anymore, you too will surely want to shake the dancefloor with his sound, besides his live-sets are just incredibly powerful.